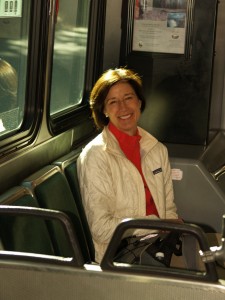 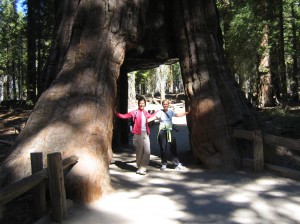 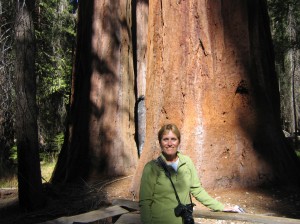 Sue and the Grizzly Giant 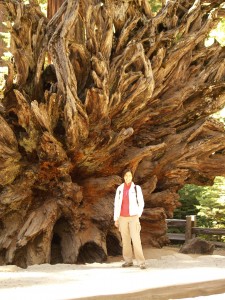 Glenda with the roots of the Fallen Monarch 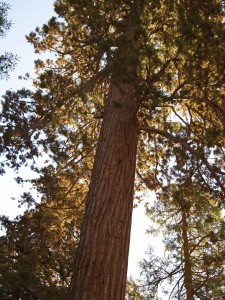 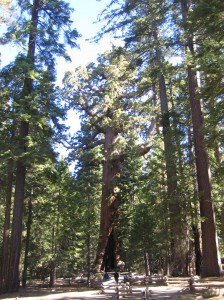 – some of the trees are close to 2,000 years old
– they can grow as high as 300 feet – taller than the Statue of Liberty
– the biggest (e.g., the Grizzly) can be 96 feet in circumference; the diameter of a branch of the Grizzly is 7 feet – bigger than all of the non-sequoias in the grove
– the California Tunnel was cut in 1895 as a tourist attraction and it’s still a draw here today. There won’t be any more tunnel trees cut because of current conservation philosophy. 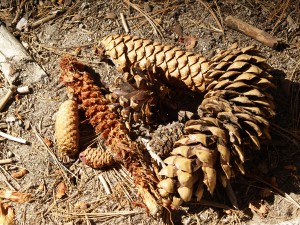 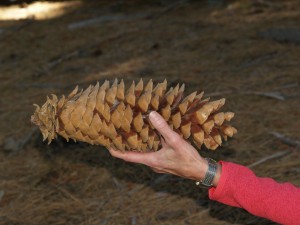 Do you recognize this body part from the TV show “Person of Interest”? 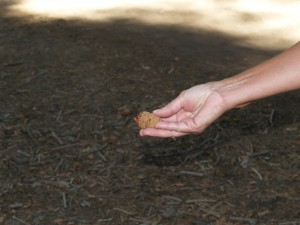 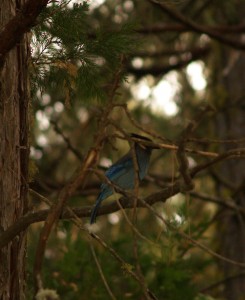 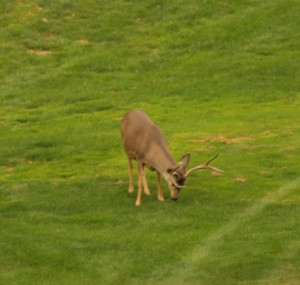 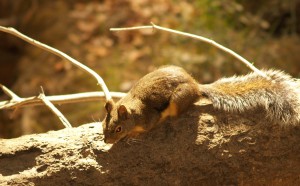 Yellow-bellied marmot (okay, his belly isn’t very visible but it was very yellow)

Jersey Junction
So much of this Yosemite reminds us of Jersey (ha ha). From the granite mountains (think “the Rock”), great big lakes (think Hopatcong), to the giant pines (think Pine Barrens). You get it. But especially those giant Sequoias — we have them on the GSP — we call them cell towers. 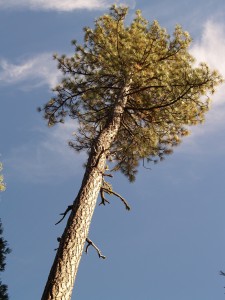