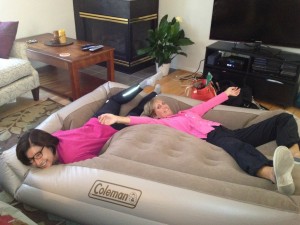 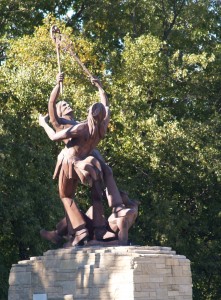 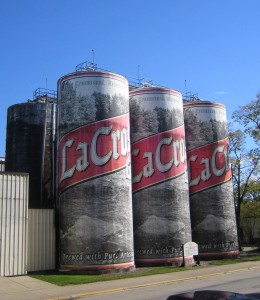 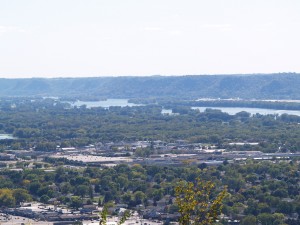 Mississippi and 2 unknown rivers (you can look it up) 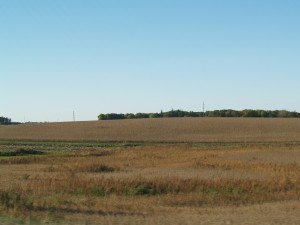 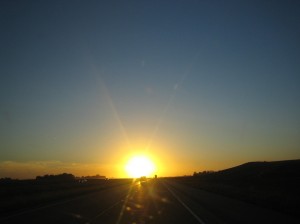 Sunset on I90 West 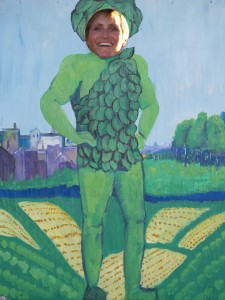 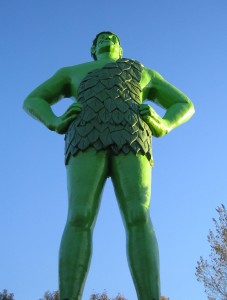 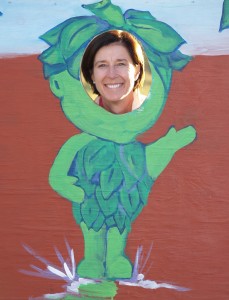 Jersey Junction
Our waitress at the new, locally-owned, Bean Town Grill has never been east of Wisconsin. When asked about NJ, she came up with 2 thoughts. 1. Good Will Hunting. Does that have anything to do with Jersey? 2. She recalled an acquaintance she met while living in Arizona. From somewhere in NJ that began with N-e-w-… New Providence? New Brunswick? New Vernon? Further questioning revealed the person to be somewhat troubled, possibly drug-addled, and possibly a former gang member. Newark, we asked? A tough town? That’s it!!! Did he have an accent, we asked? Oh yes, she replied, saying it just like she was Marge of the movie “Fargo”. Cory Booker – there’s a little more work to do! There is, though, a good ending, complete with reform and redemption for her friend.
Theme of the Day: Vegetables
Up Next: Badlands, South Dakota