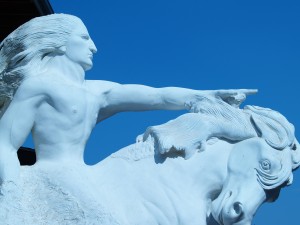 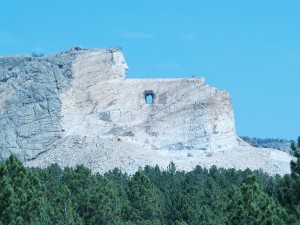 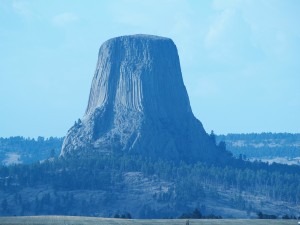 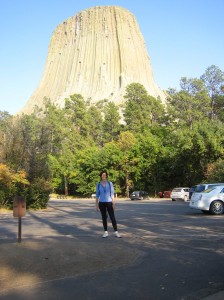 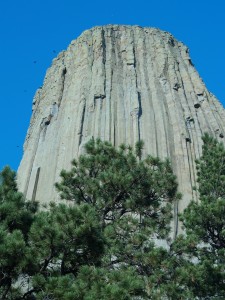 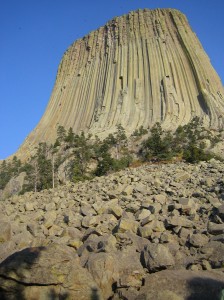 At a rest stop in Bumbleroot, Wyoming (seriously, we have no idea what the real name of the town was), Sue spotted a fellow Jersey vehicle.  Seeing as how we were the only other people/vehicle in the rest area, we approached them.  Yay Jersey!!!  They were from Pennington and on a similar cross country trip with their dog, Dora.  They were great to talk to.  They were worried about their Obama bumper sticker.  We all agreed it would be fine until Texas. 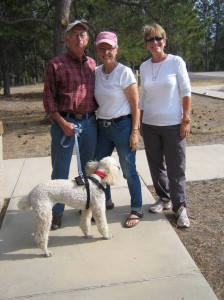 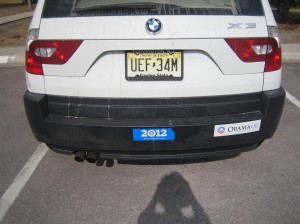 On the way out of Devils Tower, we were instructed to stop and wait for the Pilot Car.  What??  While waiting, we chatted up the nice young Wyoming road worker.  He let us know that he had never been to NJ because “it’s a zoo there, isn’t it?”  So we offered him peanut butter and wheat thins which he happily accepted.  The Pilot Car arrived and escorted us up past the landslide road repair and off we went. 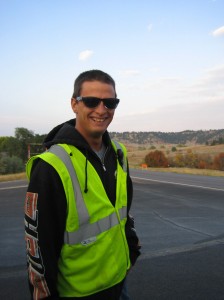 Theme of the Day: Indian stuff

Up next: Yellowstone National Park 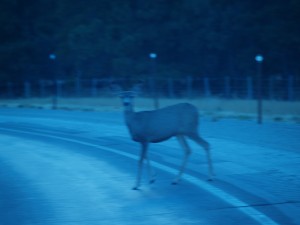