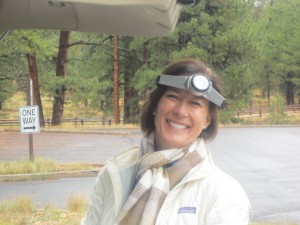 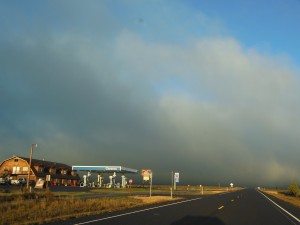 Dark clouds on the horizon… 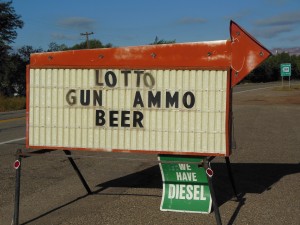 What else do you need??? 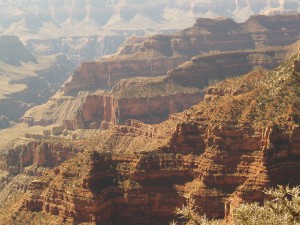 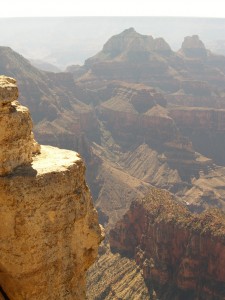 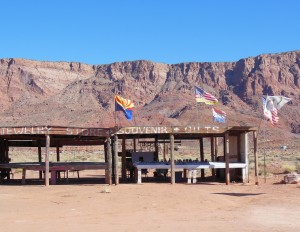 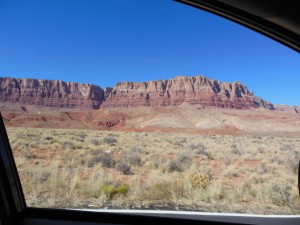 Vermillion Cliffs from the car 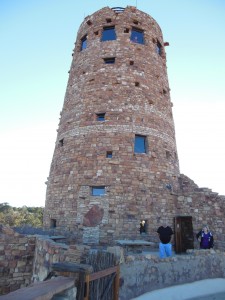 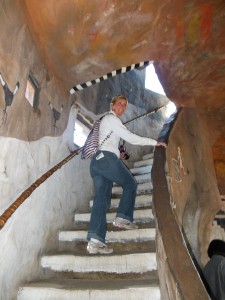 Sue inside the Watchtower 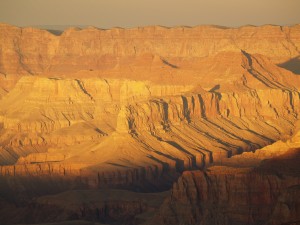 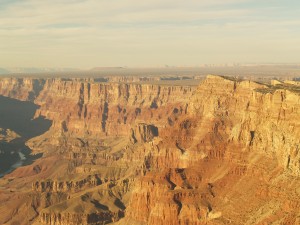 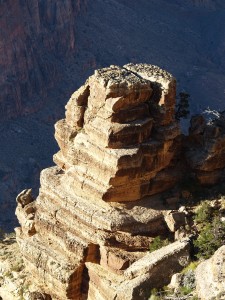 Jersey Junction
Two Today:
Our ranger at the North Rim, Jacob, asked us where we were from and, yes, he is from South
Jersey–Cherry Hill area. He was a history teacher but gave that up to become a ark ranger 4 years ago.  He lives here in the Park from April until closing in October and then heads to Pittsburgh where he works as a tutor. 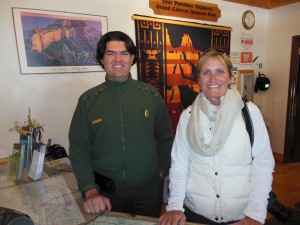 At a roadside Navajo Vendor/viewpoint we ran into a young woman wearing a Drew Softball t-shirt. Yes, she is the assistant softball coach at Drew University in Madison, just down the road from Sue (shout out to Carol and Andrea..Go Rangers!!).  She is on vacation after their Fall ball practice and before the season starts in the Spring.  She is from North Plainfield.  We Jersey people get around!

Theme of the Day: Big Rocks

Up next: Monument Valley, Utah

p.s.  We just realized that over the last 5 days we have been in temperatures ranging from 103 (Death Valley) to 33 (Bryce).  Thus the BIG suitcases!!